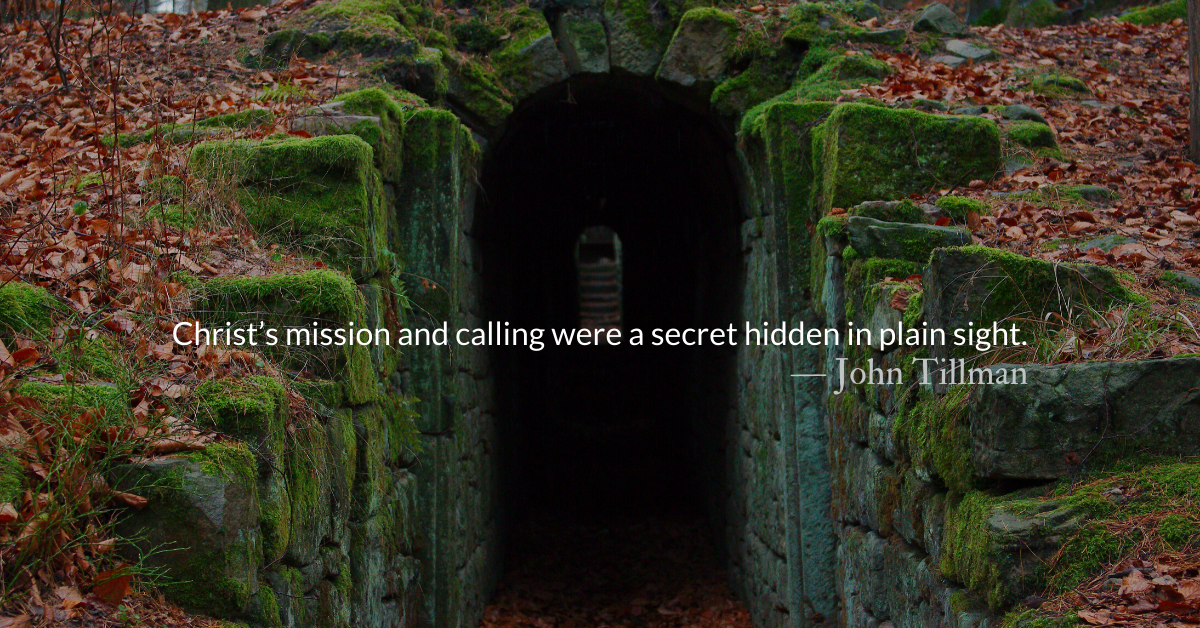 The Tomb of the Unknown Savior

Scripture Focus: Matthew 27.63-66
“Sir,” they said, “we remember that while he was still alive that deceiver said, ‘After three days I will rise again.’ So give the order for the tomb to be made secure until the third day. Otherwise, his disciples may come and steal the body and tell the people that he has been raised from the dead. This last deception will be worse than the first.”
“Take a guard,” Pilate answered. “Go, make the tomb as secure as you know how.” So they went and made the tomb secure by putting a seal on the stone and posting the guard.

Reflection: The Tomb of the Unknown Savior
By John Tillman

Christ’s mission and calling were a secret hidden in plain sight.

Mary of Bethany may have been the only disciple who realized Jesus was about to die a sacrificial death, but it seems only his enemies remembered that Christ also promised to come back to life.

No one else seems prepared for Jesus’ resurrection as extensively as the chief priests and the Pharisees. Their concern is so urgent that they risk being made unclean for the remainder of the Passover week’s celebrations by going to Pilate on the Sabbath, the day after Preparation Day.

They outline the details of what they believe will be a conspiracy to fake a resurrection. (This is a conspiracy they will bribe the soldiers to maintain later.) Pilate grants their request, giving them a selection of the highest paid, best trained, best equipped soldiers in the world to guard a tomb.

Guarding the tomb of a penniless, itinerant prophet, with the equivalent of US Navy Seals might seem like overkill when the sneak attack you are expecting is from untrained tradesmen like the disciples, but the enemies of Christ knew how explosive his message was.

Fear of the political fallout of Christ’s message was one of the main reasons the religious elite had sought his death. For them, a violent, idolatrous, pagan government that allowed them to continue in power was preferable to following Jesus and losing their wealth and influence. In our heart of hearts we can certainly identify with their concerns.

When it came to Christ’s teaching about death and resurrection these corrupt men, who were Christ’s harshest critics, knew him better than his followers.

Jesus was a man even his closest friends didn’t fully know. He lay as a guest in a tomb belonging to a secret disciple. His followers, once considered so dangerous they were an existential threat to the state, scattered, abandoned him, and hid.

Jesus in the grave is the unknown savior. What happens next will change the world forever.

Divine Hours Prayer: The Request for Presence
Turn to me and have pity on me, for I am left alone and in misery.
The sorrows of my heart have increased; bring me out of my troubles.
Look upon my adversity and misery and forgive me all my sin. — Psalm 25.15-17

Read more about The Importance of Resurrection :: Throwback Thursday
If there is no resurrection, neither is there any God nor Providence, but all things are driven and borne along of themselves.

#ReadersChoice is time for you to share favorite Park Forum posts from the year.
What post lifted your spirit?