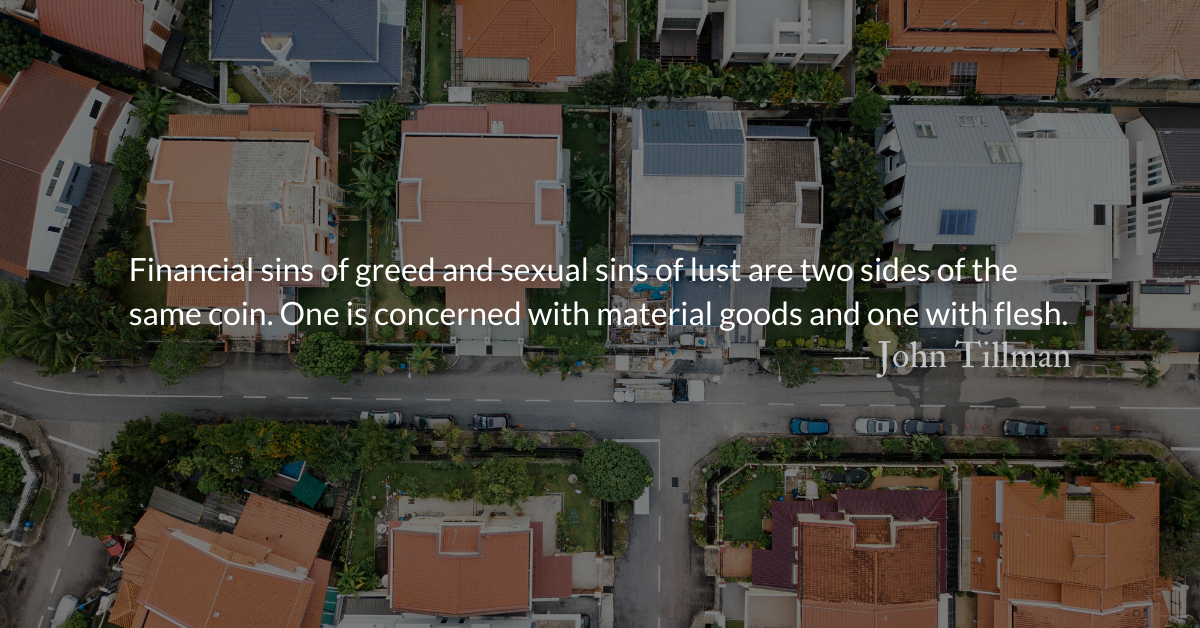 The Identical Nature of Greed and Lust

Scripture Focus: 1 Timothy 6.17-18
Command those who are rich in this present world not to be arrogant nor to put their hope in wealth, which is so uncertain, but to put their hope in God, who richly provides us with everything for our enjoyment. Command them to do good, to be rich in good deeds, and to be generous and willing to share.

Reflection: The Identical Nature of Greed and Lust
By John Tillman

As he brings his letter to Timothy to a close, Paul has just lifted heart, mind, and spirit in a glorious and artful prayer, comparing Timothy’s testimony to that of Christ before Pilate and describing God living in unapproachable light. He ends this passage on an uplifting note with a well deserved “Amen.”… But after closing out the letter so beautifully and with a definite note of finality, Paul seems to think of one more thing.

In his commentary, John Wesley notes that verses 17-21 of 1 Timothy seem to be a kind of postscript. It is as if the letter was ready to go and then, perhaps, delayed long enough that Paul had time to think of one more paragraph he found necessary to add.

So, what was so important that Paul felt the need to add more about it? Wealth and greed.

Paul earlier addressed ministers who think “godliness is a means to financial gain.” This shows us that the prosperity gospel is not a 20th-century invention. It is as old and as dangerous as any other heresy. Paul then turns his attention sharply in verse 17 from ministers to wealthy church members who were at risk of becoming ensnared by greed.

If Paul considers wealth a distraction worthy of a second look and warning, so should we. Paul has already taught that wealth is powerful enough to corrupt those called as ministers of the gospel and instructed Timothy to “flee” from its influence. Paul takes the danger of greed seriously.

Paul uses the word “command” when speaking to the rich about their responsibility to be humble and generous. It is the same level of authoritative language he uses to speak of sexual sins.

Financial sins of greed and sexual sins of lust are two sides of the same coin. It was no mistake that when the prophet Nathan needed an analogy for lust, he chose a parable about a rich man stealing material goods from the poor. Lust and greed are the exact same sin. One is concerned with material goods and one with flesh.

We must take a second look at our hearts for the twin sins of lust and greed, inviting the Holy Spirit to illuminate every dark corner. Greed or lust may be the downfall of a minister, as Paul warned Timothy, but, as Paul warned, they may also destroy a community.

Read more about God Shivering on Concrete
God’s love is evident in the disaster God promises a nation that ignores responsibilities to the poor and to the foreigner. Our God humbles nations addicted to greed—including His own.

Read more about Greed and Envy
The trap for the wealthy is to think that we are not that wealthy, or that the poor are not that worthy.