The Superior Bravery of Tenderness

Scripture Focus: 2 Samuel 23.13-17
13 During harvest time, three of the thirty chief warriors came down to David at the cave of Adullam, while a band of Philistines was encamped in the Valley of Rephaim. 14 At that time David was in the stronghold, and the Philistine garrison was at Bethlehem. 15 David longed for water and said, “Oh, that someone would get me a drink of water from the well near the gate of Bethlehem!” 16 So the three mighty warriors broke through the Philistine lines, drew water from the well near the gate of Bethlehem and carried it back to David. But he refused to drink it; instead, he poured it out before the Lord. 17 “Far be it from me, Lord, to do this!” he said. “Is it not the blood of men who went at the risk of their lives?” And David would not drink it.

Such were the exploits of the three mighty warriors.

Reflection: The Superior Bravery of Tenderness
By John Tillman

There are many bad spiritual takeaways from these “Mighty Men” passages. The especially damaging ones attempt to “baptize” men’s sinful, violent tendencies as being honorable and desirable spiritual qualities.

Many years ago, a friend from seminary and a member of a ministry team we served on, Bill, had cancer. Despite fervent prayer for a miracle of healing, the cancer worsened.

As the end neared, Bill’s father approached me with a request. Men were being asked to sign up to stay overnight in the hospital with Bill. I was warned that it would be unpleasant duty and many had turned it down. Metastasizing cancer and multiple organ failure does frightful things to the human body. Those who stayed overnight handled intimate needs for Bill. We helped him face grim tasks of maintenance that were better done by a friend or with a friend present. Some did not have the stomach to face what needed to be faced.

Later, at Bill’s funeral, his father approached me. He handed me a gift inscribed with a message referencing this passage and thanking me for being one of Bill’s “mighty men.” There were thirty of us. I will never forget the honor.

To be certain, it takes courage to face hundreds of enemies alone in a field of lentils (2 Samuel 23.11-14), or a lion in a pit on a snowy day (2 Samuel 23.20). I take nothing away from the valor of such deeds. But I challenge you that there is superior bravery that men need, especially men who wish to follow Christ. It takes bravery beyond what many men can muster to be tender, merciful, and kind.

If you can swing a sword until your hand freezes to it, but you cannot wipe away another’s tears and unashamedly shed your own, you lack a vital component of godliness. If you would give your body to be burned, but have not love…you are nothing. (1 Corinthians 13.3)

Men who follow Christ, the suffering servant, would be better men if they were mighty in tenderness and mighty in care. Christian men must understand that tenderness IS an act of courage. Empathy and weeping are braver and more godly than stoicism and violence.

Empires need men who swing a sword. God’s Kingdom needs men who gently care for the weak. Tenderness and care are Jesus-like masculinity, and show the image of God to a greater degree than any act of violence.

From John: Just a little additional insight from behind the scenes. Every day we post, I look for an image that will help carry the message and go well with the pull quote and storyline. Some days are more of a success and some are a struggle. This weekend, looking for an image with a man in a role of tenderness, I scrolled through hundreds of photos using the search terms “tenderness,” “kindness,” “caring,” etc. and could barely find any “tender” or “kind” images of men that were not “man with a romantic partner,” “man with a child,” or “man in a professional role of caring,” such as a doctor or nurse. It speaks volumes about what our society thinks of men that in photos intended for marketing/blogging, etc, we have so few images of men being tender if it isn’t their job, their kids, or their romantic partner. Men, even if the world doesn’t expect tenderness of you, being a representative of Christ demands it of you.

Read more about The Law that leads to Grace
Whatever form of moralism we seek to add to grace is a failure of faith, doubting the value of Christ’s sacrifice on the cross.

Read more about Not So Random Acts of Kindness
Jesus is a greater king than David, never failing to minister to those in need. 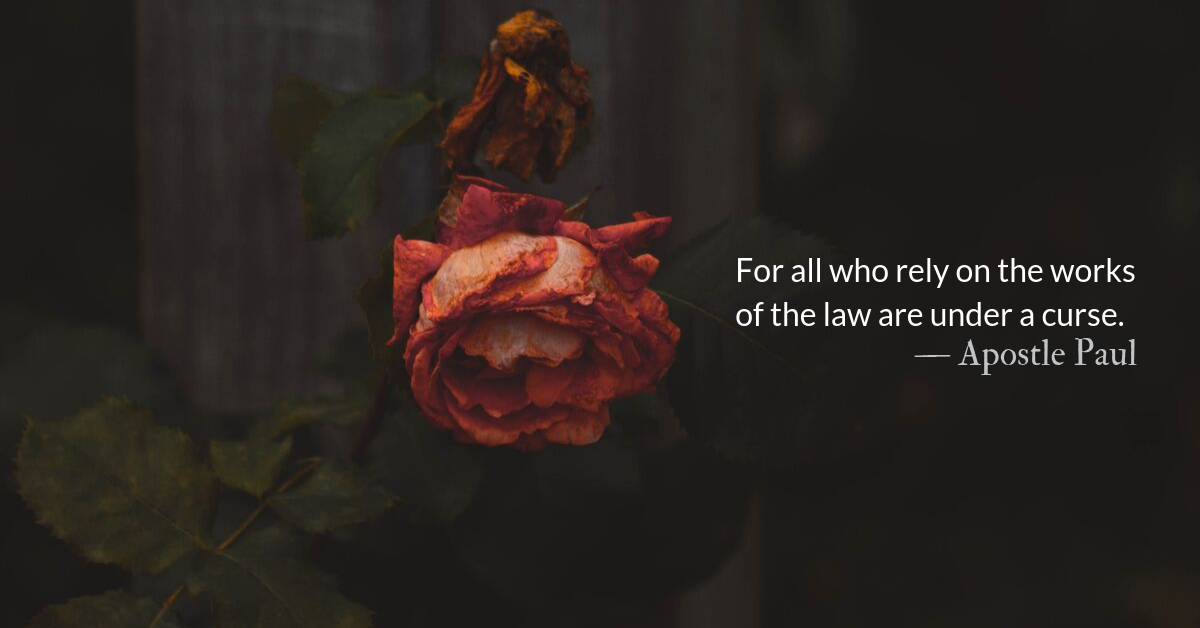 The Law that leads to Grace :: Guided Prayer

Scripture Focus: Galatians 3.24
So the law was our guardian until Christ came that we might be justified by faith.

Reflection: The Law that leads to Grace :: Guided Prayer
By John Tillman

We have looked at grace from several different angles this week. As we move through this weekend, let us pray through these responses to Paul’s description of the Law’ inability to save us.

The Law that leads to Grace
Oh, God, may we not rely on the Law, except to point us back to grace.

For all who rely on the works of the law are under a curse, as it is written: “Cursed is everyone who does not continue to do everything written in the Book of the Law.”

We love your Law, Lord. But we know that the Law does not, will not, and cannot justify us.
We rely instead, Lord, on faith.

Clearly no one who relies on the law is justified before God, because “the righteous will live by faith.” The law is not based on faith; on the contrary, it says, “The person who does these things will live by them.”

We cannot live by the Law. If we could, then Christ’s death was for no purpose.

Christ redeemed us from the curse of the law by becoming a curse for us, for it is written: “Cursed is everyone who is hung on a pole.”

Christ’s death opened the path of grace through faith to all people. In Christ, God came near and extended his hand to us. And his arm was not too short to save. He saved us not based on anything we have done, but in response to his own promise and purpose for all who have faith.

He redeemed us in order that the blessing given to Abraham might come to the Gentiles through Christ Jesus so that by faith we might receive the promise of the Spirit.

Help us, Lord, to remember…
The Law exists to point us to, and cause us to cry out for, grace.
Those who think they can live by the Law are deceived and hopeless. Cursed.
Those who are hopeless in everything else, clinging only to grace, are raised to life. Blessed.
Whatever form of moralism we seek to add to grace is a failure of faith, doubting the value of Christ’s sacrifice on the cross.

Thank you, God, for grace through faith that cannot be downgraded and a Law designed to lead us to grace.
May the felt reality of Christ’s incomparable grace extended to us, cause us to season our lives, our tongues, our actions, our prayers, and our inner being with grace.

Read more about Downgrading Grace
Grace, once gained, can be forgotten and replaced with a smug and damaging form of self-righteousness.

Read more about Of Grace and Thorns
What is important about Paul’s thorn is not what it is…but the sufficient grace of God that sustains Paul.