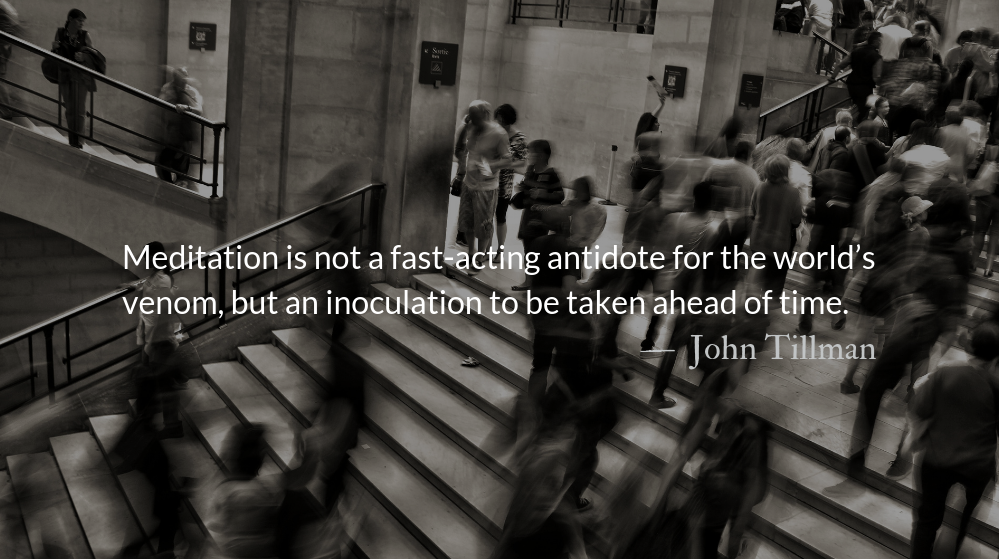 A Discipline for the Anxious :: Readers’ Choice

Selected by reader, Melissa from Texas
Praying in this way has helped me. I really appreciate the comparison of meditation to inoculation rather than an antidote.

Although the benefits of meditation can help in a crisis, meditation is not a quick fix. It is not a fast-acting antidote for the world’s venom, but an inoculation to be taken ahead of time.
When beginning (or returning to) meditative prayer, start small and short. Use the prayer provided at the end of this devotional (Psalm 119.147) as a start. Spend two to five minutes simply re-reading the prayer with an expectant heart, asking God to be with you.

*We are in no way implying that meditation should be pursued in lieu of proper medical treatment. If you are in need of counseling and professional services, please consider the following resources: