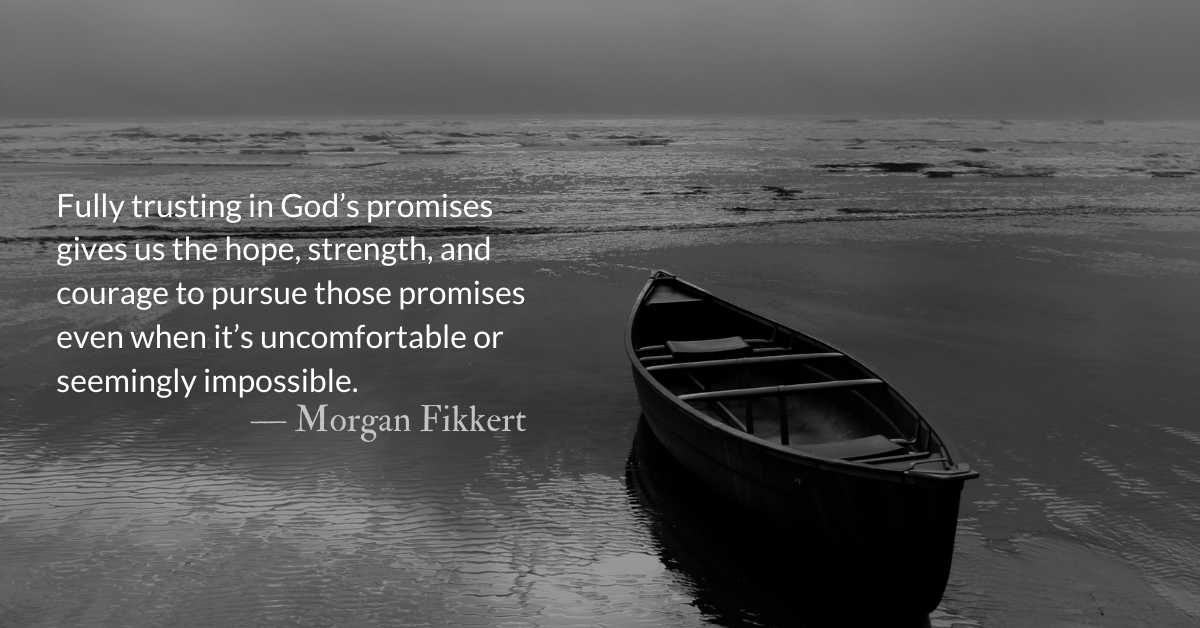 Scripture Focus: Joshua 17.12-18
12 Yet the Manassites were not able to occupy these towns, for the Canaanites were determined to live in that region. 13 However, when the Israelites grew stronger, they subjected the Canaanites to forced labor but did not drive them out completely.
14 The people of Joseph said to Joshua, “Why have you given us only one allotment and one portion for an inheritance? We are a numerous people, and the Lord has blessed us abundantly.”
15 “If you are so numerous,” Joshua answered, “and if the hill country of Ephraim is too small for you, go up into the forest and clear land for yourselves there in the land of the Perizzites and Rephaites.”
16 The people of Joseph replied, “The hill country is not enough for us, and all the Canaanites who live in the plain have chariots fitted with iron, both those in Beth Shan and its settlements and those in the Valley of Jezreel.”
17 But Joshua said to the tribes of Joseph—to Ephraim and Manasseh—“You are numerous and very powerful. You will have not only one allotment 18 but the forested hill country as well. Clear it, and its farthest limits will be yours; though the Canaanites have chariots fitted with iron and though they are strong, you can drive them out.”

At the beginning of The Lion King, Mufasa tells his son Simba, “Everything the light touches is our kingdom.” And when Simba hears this, he responds with a single exclamation of awe: “Whoa…”

It seems a promise too big to be true.

God’s covenant with the Israelites that they would inherit the entire land of Canaan was a grand promise.

God doesn’t fulfill his grandiose promises with a flick of a wand. Amazingly, God ordained that He would use His people, the Israelites, to obtain them. And, although they had claimed much of the land, the Israelites still had more to do.

But the Israelites struggled to believe God’s promise was true. Even after all God had done, the land seemed impossible to fully obtain. Canaan was still inhabited by strong warriors with iron-clad weaponry. And the Canaanites didn’t get the memo from Yahweh that this land belonged to Israel, so they were doing everything they could to withstand the Israelites.

As a result of their unbelief, the Israelites were quick to disobey God out of a desire for convenience and control. They did not drive the Canaanites out of the land, and this kept them from obtaining God’s promise. It also led to the oppressive forced labor of the Canaanites and, years later, the idolatry of the Israelites.

In contrast, Zelophehad’s daughters faithfully sought the land promised to them. They knew God’s promise to them would be forgotten if they didn’t hold Joshua to it.

We, like the Israelites, struggle to believe God’s promises are true. So we sneak in ways to make our lives more comfortable, hoping God will keep his end of the bargain, but not really counting on Him. We hedge our bets.

But fully trusting in God’s promises gives us the hope, strength, and courage to pursue those promises even when it’s uncomfortable or seemingly impossible.

How do we fight sin in a culture that celebrates it? We trust in and pursue God’s promises.

How do we fight for justice in the midst of incessant injustice? We trust in and pursue God’s promises.

How do we share the gospel with friends and family who don’t believe? We trust in and pursue God’s promises.

How do we forgive our abusers and oppressors? We trust in and pursue God’s promises.

How do we maintain joy and peace in a world of darkness? We trust in and pursue God’s promises.

Divine Hours Prayer: The Greeting
Let the words of my mouth and the meditation of my heart be acceptable in your sight, O Lord, my strength and my redeemer. — Psalm 19.14– Divine Hours prayers from The Divine Hours: Prayers for Springtime by Phyllis Tickle

Read more about Knowing Promises in Part
This promise we may know and fulfill now in part, but then, we will know fully and be fully known.