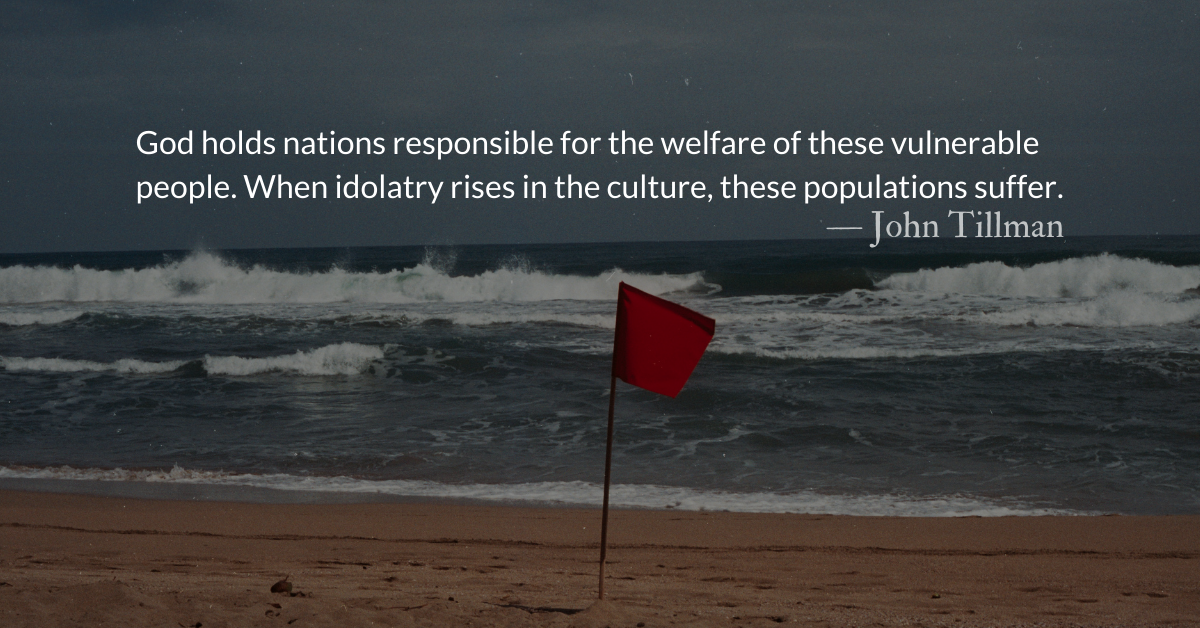 Scripture Focus: Hosea 8.11-13
11 “Though Ephraim built many altars for sin offerings,
these have become altars for sinning.
12 I wrote for them the many things of my law,
but they regarded them as something foreign.
13 Though they offer sacrifices as gifts to me,
and though they eat the meat,
the Lord is not pleased with them.
Now he will remember their wickedness
and punish their sins:
They will return to Egypt.

Israel and Judah thought they were God’s nation. Religious activity was constant and ubiquitous. Their national identity was wrapped up in worship of Yahweh and their countryside was dotted with many, many places of worship.

Rituals, sacrifices, laws, regulations, and worship activities were completely integrated into daily life. “Separation of church and state” did not exist but that didn’t mean the nation wasn’t as far from God as they could possibly get.

A nation’s identity can be wrapped up in the worship of God without that worship being of any spiritual value. Eating the meat of their sacrifices (Hosea 8.13) symbolized eating with God, enjoying his presence. However, despite its frequency and fervency, God despised their worship and rejected them.

Hosea refers to these “many altars for sin offerings” as great sources of sin. The reasons their worship was sinful are many. How does God decide that a nation’s worship is corrupted?

One red flag is idolatry. Some locations, often called “high places,” were on hills or mountains where cultic idolatry had previously been practiced. These locations sometimes mixed worship of Yahweh with worship of false gods. Eventually, this led to shrines and altars to these other gods being added to the central Temple in Jerusalem.

However, there is one consistent red flag indicating a nation’s insincere worship. Every time in scripture where God rejected prayers, condemned worship, or called down judgment on his people, he mentioned the suffering of the poor, the foreigners, the widows, and the orphans.

God holds nations responsible for the welfare of these vulnerable people. When idolatry rises in the culture, these populations suffer.

If we wonder what God thinks about the righteousness of our nation or the worship in our sanctuaries, one red flag to watch for is suffering people in the streets. If there is great suffering among the poor and the outcasts, it is a good indicator that there is idolatry mixed in our worship.

Christians often judge nations by the freedoms we, as Christians, enjoy. But…freedom to do what? To do justice? To love mercy? To walk humbly? To see the poor, the foreigners, the widows, and orphans cared for?

Additional Reading:  Eleven-Year-Old Boy Discovers Ancient Fertility Amulet in Israeli Desert — Smithsonian Magazine (Thanks to Erin for providing this link with a concise summary of the use of fertility idols in 1st Temple Israel.)

Read more from The Language of a Good Neighbor
The words we speak plant seeds that come from our hearts. When those seeds are violent winds, we reap the whirlwind of violent actions.

Read more about After the Whirlwind
To paraphrase Hosea, we have sown the wind with our violent rhetoric and we may reap the whirlwind of violent outcomes.