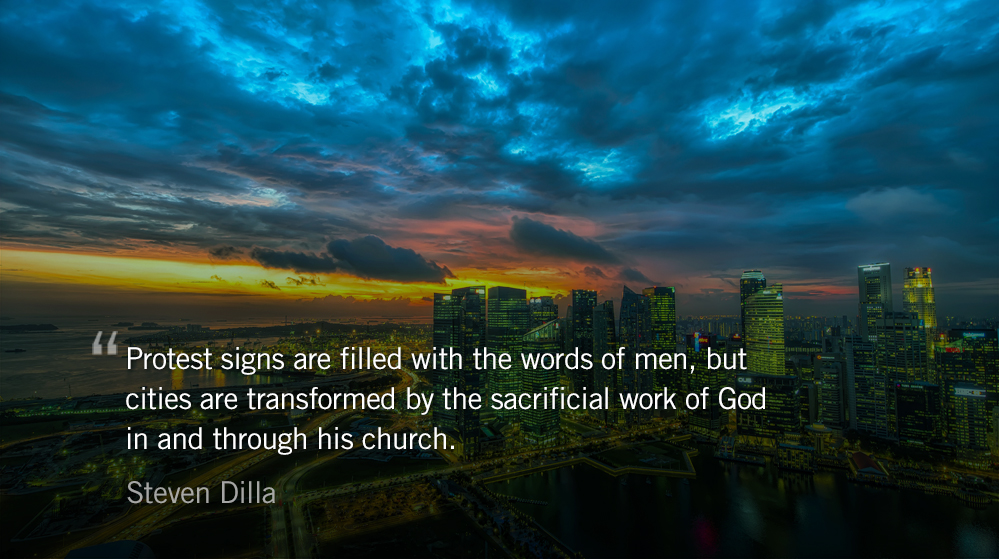 2 Corinthians 10.5
We destroy arguments and every lofty opinion raised against the knowledge of God, and take every thought captive to obey Christ.

Christian culture wars receive a tragic amount of airtime. Most Americans know the name “Westboro Baptist” though its parishioners represent an extreme fringe minority who congregate in a rural town few can locate on a map.

We don’t often get the privilege of knowing the hundreds-of-thousands of other Christians who — in response to Christ’s love — serve their neighbors, sacrifice personal comfort to invest in the lives of the marginalized, and give themselves in friendship and service to their coworkers.

This disproportionate emphasis on the loudest voices can disorient our initial perspective on the verse above. It is not a rally cry for a culture war, but a stern warning to followers of Christ that our flesh will be mislead by the messages of our culture.

Logismoi are sinful systems of thought, evil ways of life, and religious but anti-Christian gospels that promise meaning, hope, and protection. Logismoi are worldviews that shape [a] city… They are overarching sinful narratives on which people rely. — Leonardo de Chirico

Logismoi are everywhere, but Paul’s principle concern was tearing them down inside the Christian community. The apostle pressed the Corinthians to think deeply about their faith. A modern inspection might look like this: yes, I profess to follow Christ, but where do I functionally find my happiness, comfort, hope, security, and joy?

Idols like to inhabit peoples’ lives, their imaginations, their shared memory, and their collective hopes,” De Chirico warns. In Paul’s words, “we all have sinned and fallen short of the glory of God.” This reality creates profound humility toward other sinners. But the message of the gospel brings us hope; in the same breath Paul says, “all are justified freely by his grace through the redemption that came by Christ Jesus.”

Christians are free both from trying to leverage faith to win a culture war and from trying to shout above the noise the rabble-rousers create. Instead we get to spend our lives humbly responding to the work of Christ in us, giving ourselves to those around us, and growing in grace as we allow the Spirit to correct, heal, and lead us to a thriving life. Protest signs are filled with the words of men, but cities are transformed by the sacrificial work of God in and through his church.