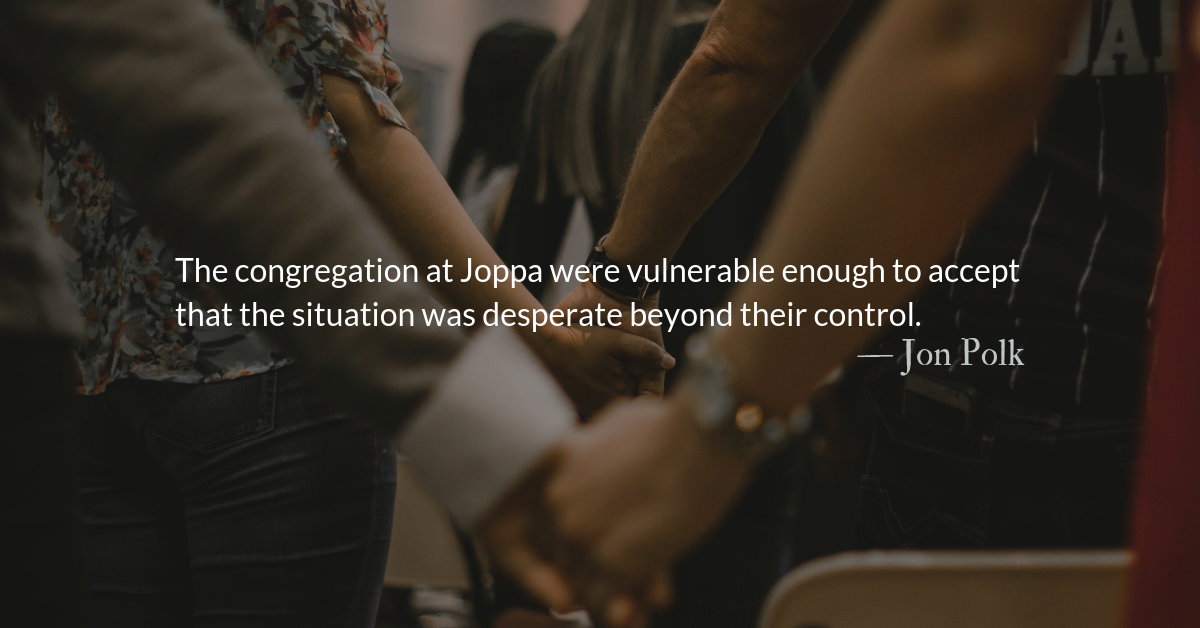 Acts 9:40
Peter sent them all out of the room; then he got down on his knees and prayed. Turning toward the dead woman, he said, “Tabitha, get up.” She opened her eyes, and seeing Peter she sat up.

Read more from Jon Polk: Generosity that Outlives Tragedy
Many people are eager to donate towards an immediate one-time need, but are resistant to living an on-going lifestyle of generosity.

Read more about Good News to the Poor
When Mary sang about filling the hungry with good things, poverty and many other personal tragedies were considered markers of spiritual failure.