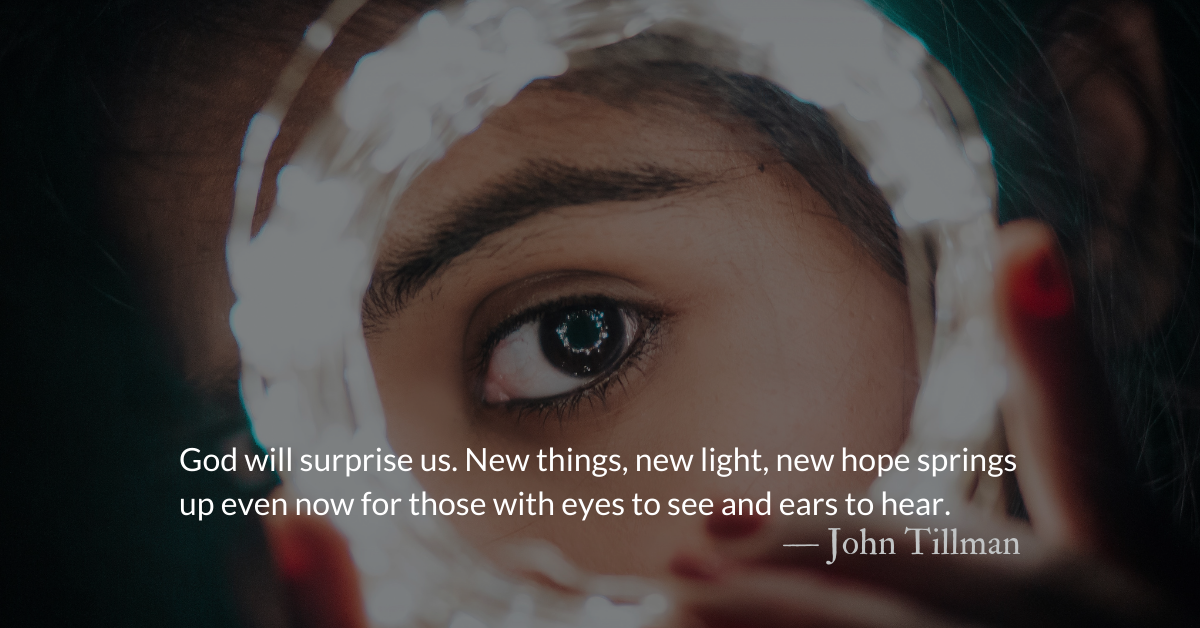 Scandalous Surprise of Hope — The Hope of Advent

Reflection: Scandalous Surprise of Hope — The Hope of Advent
By John Tillman

Who are we to have such hope as advent promises? That Christ would come to us is baffling, surprising, and to some, scandalous. Yet he did and does and will do so.

Past promises pave a way for faith in the future. God’s gift comes to all as assuredly as it did before. Darkness will pass and true light will shine.

Christ was at one time hidden but was then revealed. He is the peasant child foretold by a star. He is the lowly babe, announced in the heights of heaven. He is the pearl discovered in the field. He is a treasure in a jar of clay. He is the lamp placed on a stand. He is a candle revealed when the bushel is kicked over. He is the light from the holy of holies spilling out when the curtain was torn from top to bottom.

We see Christ as a living paradox and a mystery, a foolish farce to some and a source of unshakable faith for others. He is the uncontainable God, “tabernacling” in a human-made temple. He is the good which comes from a town no good thing could come from. He is the God who could not be seen, being born with a face to be kissed by his teenage mother. He is the source of life, whose life was snuffed out on a Roman cross and the source of light whose death put out the light of the sun that he called into being.

As we have written before about Jesus:

What is hidden will be revealed and what seems mysterious or foolish in the gospel will prove to be greater than all the wisdom of humankind. God will surprise us. New things, new light, new hope springs up even now for those with eyes to see and ears to hear.

Divine Hours Prayer: The Refrain for the morning Lessons
For God, who commanded the light to shine out of darkness, hath shined in our hearts, to give the light of the knowledge of the glory of God in the face of Jesus Christ. — 2 Corinthians 4.6

Read more about Supporting our Work
We produce over 100,000 words a year to encourage believers to engage the culture with the love of God. Gifts to The Park Forum support this mission.

Read more about The God of Light, in the Dark :: Hope of Advent
This is the glory of the incarnation— that God draws us in and shows us the fullness of who he is and what he is like in the form of a baby.